Mobile phone operator Vodafone is following EE's lead by introducing extra charges for some of its customers using their phones in Europe from next year citing Brexit as the reason, The BBC reports.

Since 2017, UK consumers have, "within reason", been able to use the minutes, texts and data included on their mobile phone tariffs when travelling in the EU.

But since January 2021, UK operators have been allowed to reintroduce so-called roaming charges because the UK's Brexit trade deal with the EU, signed at the end of 2020, did not rule them out.

From January 2022, EE will charge customers who joined or upgraded their contracts after 7 July, £2 a day to use their tariff allowances in 47 European destinations. Customers will not be charged to use their phones in the Republic of Ireland.

There will also be 30-day packages available for people travelling for longer periods.

EE said the charges would "support investment into our UK-based customer service and leading UK network".

Vodafone is also introducing charges for some of its new or upgrading customers, which will be applied from 6 January.

The operator will then have three types of tariffs:

Will other networks be charging?

All four of the big operators previously said they had no plans to introduce roaming charges. Three and O2 still say that.

But there are "fair use limits" on the amount of time that customers will be allowed to use their phones abroad.

You could not, for example, get a mobile phone contract from Greece and then use it all year round in the UK.

UK customers have been told that their operators will charge extra if they spend more than half their time overseas, generally measured by being in another country for more than 62 days in a four-month period.

That could have happened while the UK was still part of the EU, but some operators have only just started enforcing it.

Similarly, data limits are also subject to fair use restrictions. Customers of O2 have a monthly data limit of 25GB and will be charged £3.50 for each GB after that. Vodafone's limit is also 25GB with a £3.13 charge per GB after that.

Three has cut its fair use limit from 20GB a month to 12GB and will charge £3 per GB above that. 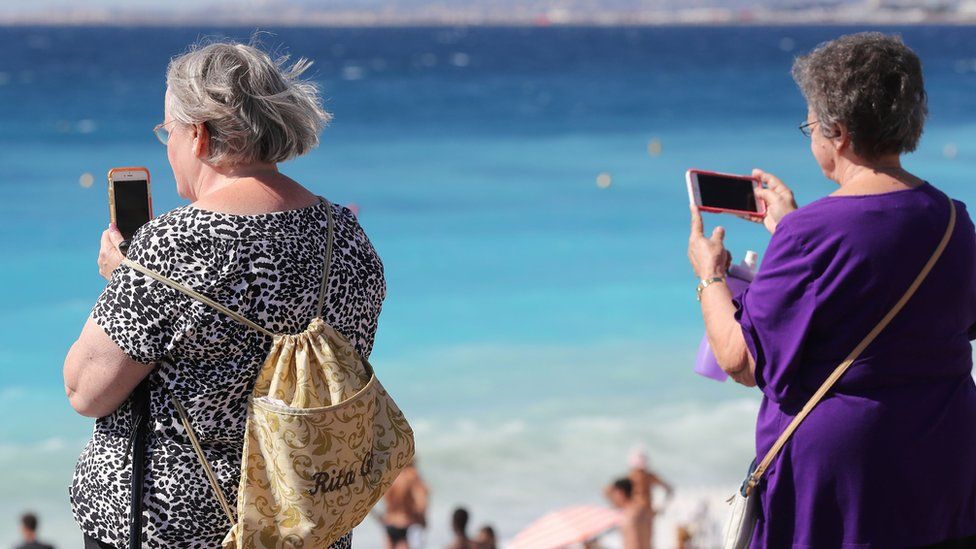 The planned £2-a-day fees are still relatively small compared with the costs customers had to pay before the EU banned roaming charges.

In the past some people returned from European trips to face bills for hundreds or even thousands of pounds.

Are there any limits to what can be charged?

The UK's trade deal with the EU said that both sides would encourage operators to have "transparent and reasonable rates" for roaming.

The UK government also passed legislation to provide some safeguards for consumers:

Will other companies end up charging customers more?

Without the EU rules in place, the charges levied depend on agreements between UK operators and their counterparts in EU countries.

While these agreements may mean costs haven't increased so far, there's no guarantee that they won't do so at a later date.

However, there is a reasonable chance that some UK operators may choose to keep offering inclusive roaming:

The four main operators in the UK declined to comment on the commercial deals they have with other operators.

The UK government recommends that customers check the details of their individual tariff with their phone operator before travelling.

The regulator Ofcom has also issued some guidance.

32 years on: 'Black January,' a Soviet atrocity against the people of Azerbaijan

"Barring U.S. surrender & delivering Ukraine to Russia, some kind of a military option is all but inevitable now."

​War by any other name... by Chris White