In the letter, published by his office, Johnson repeated his calls for the backstop to be removed from the withdrawal agreement reached with his predecessor Theresa May.

In its place, he proposes a commitment to have alternative border arrangements by the end of a post-Brexit transition period.

However, EU leaders have repeatedly indicated that they are unwilling to revisit the withdrawal agreement, which was the culmination of almost three years of discussions.

Earlier, Johnson held an hour-long telephone call with his Irish counterpart, Leo Varadkar, according to officials. However, they appeared to have agreed on little except to meet in Dublin next month for further talks.

Varadkar repeated his stance that the withdrawal agreement cannot be reopened, officials said.

In his letter, Johnson said Britain was ready to look "constructively and flexibly" at what commitments could help provide confidence about what would happen if such arrangements were not fully in place at the end of that period. 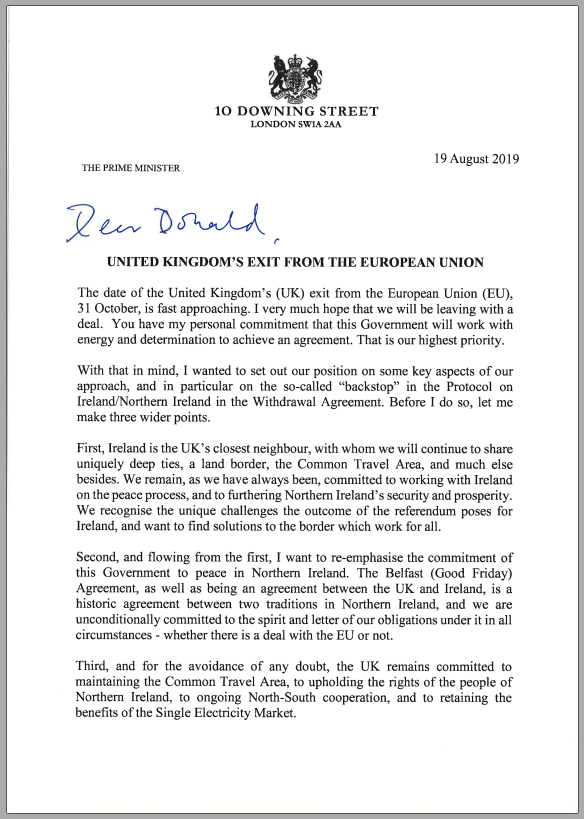 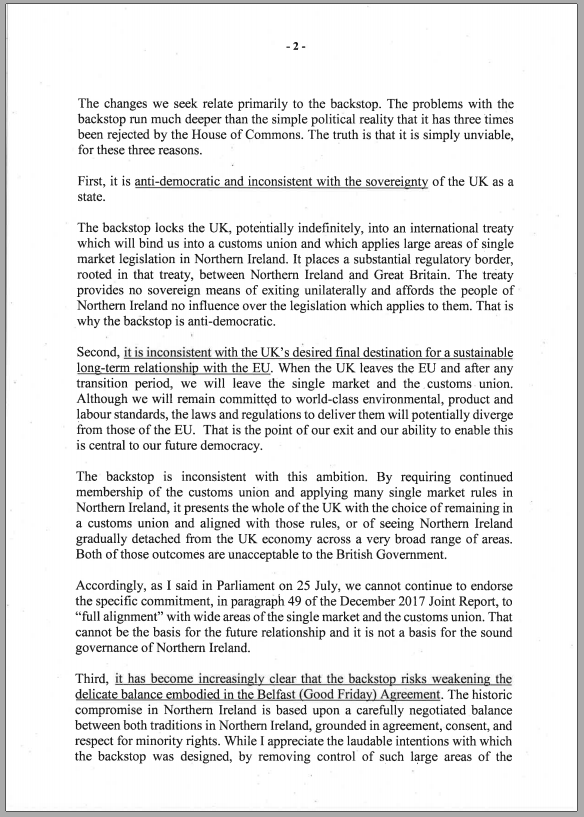 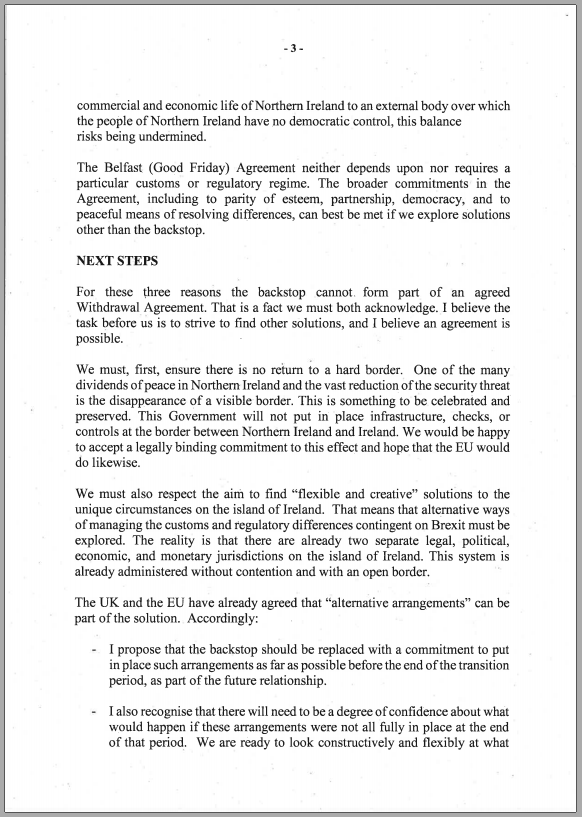 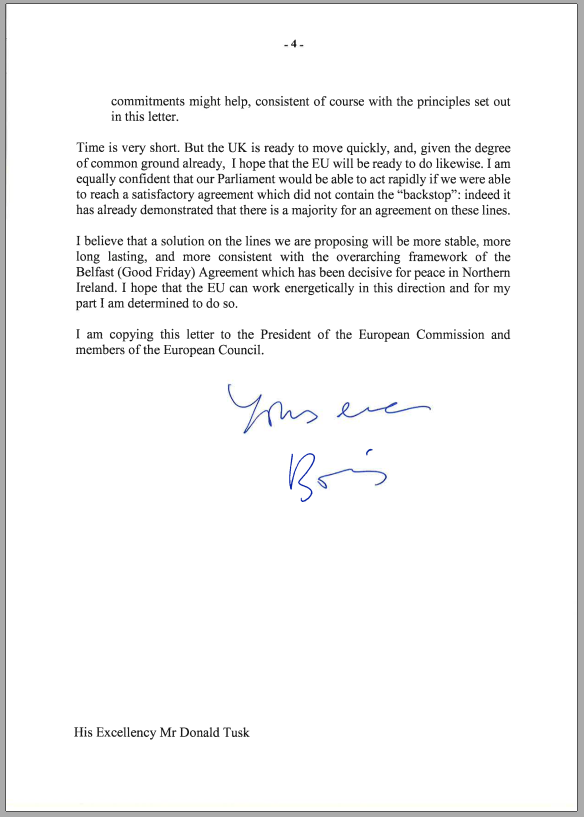 The backstop would force Britain to obey some EU rules if no other way could be found to keep the land border open between British-ruled Northern Ireland and EU member Ireland. Dublin says this is crucial to maintaining peace.

Johnson wrote that the backstop was "simply unviable" because it is "anti-democractic and inconsistent with the sovereignty of the UK as a state" but that he was committed to ensuring there was no return to a hard border.

"The government will not put in place infrastructure, checks, or controls at the border between Northern Ireland and Ireland. We would be happy to accept a legally binding commitment to this effect and hope that the EU would do likewise," Johnson wrote.