On Thursday, January 21st, soldiers from the Central African Republic (CAR) conducted a special operation, as a result of which a group of CPC coalition militants (coalition de patriotes pour le changement) was eliminated. After the operation, the police launched an investigation, which led to the discovery of evidence of the participation of military personnel from the bordering countries, Chad, Sudan and Cameroon, in helping the militants.

The militants were found with badges of the Chadian army and other evidence revealing their origins from states bordering the CAR. The evidence included 5 mobile devices, which after police examination of the data they contained, many photos and videos were identified, indicating that the owner of one of the smartphones was a well known Chad mercenary. His contacts included more than 100 subscribers from Chad, France and the CAR.

According to the police, the owner of the phone is Mahamat Bashir. In most of the photos, he is in a military uniform and with a weapon in his hands. There are photos from military bases where the Chadian military could have been trained before being transferred to the CAR.

As it turned out later, Mahamat Bashir is one of the commanders of the MPC group and close to the leader Mahamat Al-Katim, who is a native of Chad. This, in particular, is indicated by joint photos, personal photos of Al-Katim, as well as photos from meetings with the local administration and representatives of regional authorities. 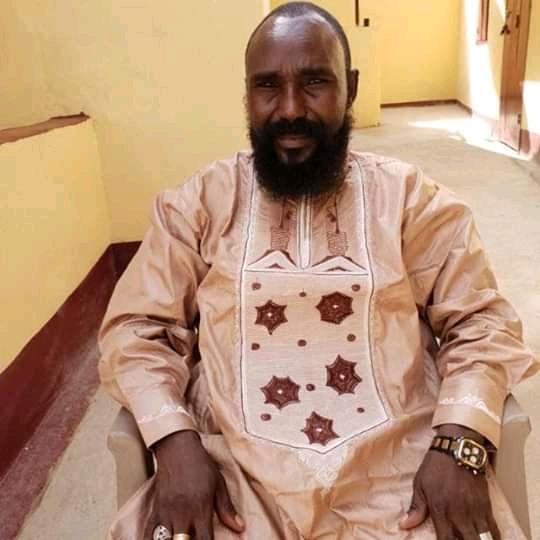 Also, from the photographic evidence, the police managed to identify the approximate route of the militants. The first photos were taken near the village of Sido, located on the border with Chad. The group then moved to the village of Kabo, and then to the village of Zado, located 25 kilometres north of Bangui. It was here that the special operation took place, and where the police secured their evidence. In addition to the photos of the militant with the Chadian army soldiers, the police also found documents obtained by the militants in Chad, including a temporary customs card for a car, vehicle data and internal Chad customs codes.

From the evidence gathered it is clear that the channels of assistance from Chad were established through the leader of the MPC group, Mahamat Al-Katim. It also suggests that there has been inadequate border security on the part of Chad to protect the border with the CAR from illegal crossings, thus enabling the MPC to move freely.

The President of the CAR, Faustin-Arcange Touader, sent a message to the President of Chad, Idriss Deby, in which he was informed about the attacks of Chadian militants on Government troops. as a result, the President has proposed to close the border to prevent the infiltration of militants and the smuggling of weapons.

Recovery and resilience facility: local and regional governments must have a say, writes Stefano Bonaccini

Duchess of Sussex awarded £450,000 in costs in fight against Mail On Sunday

Why Using JSON code over XML code is required, and its benefits

Nicolas Sarkozy sentenced to 3 three years in jail for corruption

European shares rise amid optimism over US fiscal stimulus

EU must be wary of wider Chinese threat regarding critical infrastructure

'Who Am I? Where Am I?', asks author Mouna Saquaque

Khojaly genocide: tragedy of a generation, shame of the world, and silence of the international community - legal analysis from international law perspective